← more from
Roadburn Records
Get fresh music recommendations delivered to your inbox every Friday.
We've updated our Terms of Use. You can review the changes here. 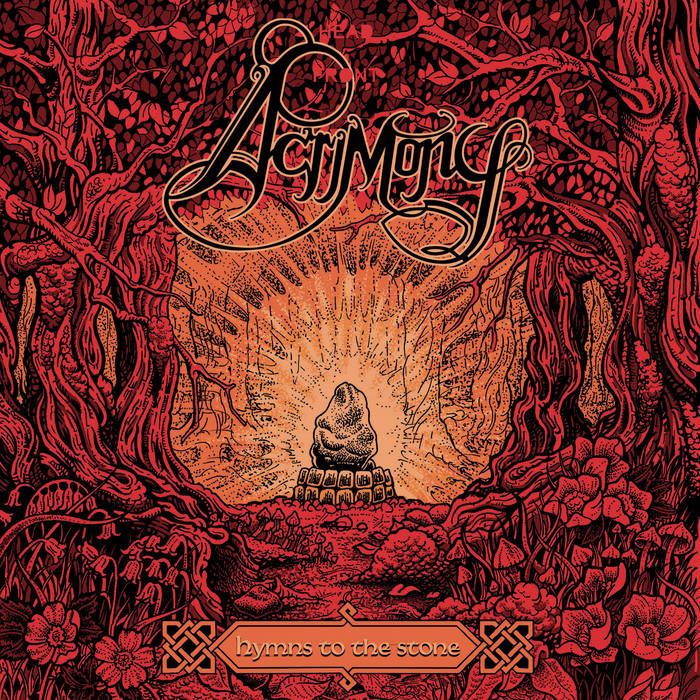 David Yvinec I first found this album in the mid 90’s in an used CD store (one of the best discovery I ever made in one of those stores). At the time, I was a fan of Jethro Tull, of first period Black Sabbath, and of Cathedral. Being from a Celtic background too, I found myself seduced by the earthly and mystical spirit of this amazing album by this Welsh heavy rock band. Was stoner rock a category in rock music already? I don’t remember. One of my favorite rock albums for sure. Favorite track: Whatever (2019).

mabramowsky I happy this is back in print again. Thank you for making this happen!

Hymns to the Stone is more dated in terms of its basic production, that’s more of a fact of how the record was originally made, and it seems no less integral to preserve that than it does to give Acrimony‘s catalog the detailing it has long since earned.

There’s a balance to be struck between the two sides, of course, and Chronicles of Wode seems to find it in the crunch of “Leaves of Mellow Grace,” the opener of Hymns to the Stone, which rolls out its nod like a clarion, finding Acrimony — the five-piece of vocalist Dorian Walters, guitarists Stu O’Hara and Lee Davies, bassist Paul Bidmead and drummer Darren Ivey — immediately putting the groove first in a way that few acts at the time had understood how to do. Their influences were varied, from ’70s rock to trance techno, but their riffs were undeniably heavy, with lyrics exploring the isolation of their hometown and the same kind of disaffection that once launched Black Sabbath to the outer reaches of doom from a blues rock beginning. Acrimony started out more as death metal or at least death-doom, but Hymns to the Stone was a point of discovery for them in terms of claiming their identity, and whether it’s the nodding pub-homage “The Inn” or the myth-creation they engaged with “Urabalaboom,” the sonic drawl and spacey push of “Spaced Cat #6” or the glorious noise-wash jam of “Whatever” ahead of brash closer “Cosmic AWOL,” Hymns to the Stone is a record that has been persistently undervalued, not just for what it set in motion in terms of Acrimony‘s all-too-short tenure as a band, but on the sheer merits of its material.

Burning World Records has been active since 2007. Mothership of Roadburn Records and based in Amsterdam, The Netherlands. The label is run by Jurgen (also formerly of Roadburnfest). Burning World also has a big mailorder with mainly doom/stoner/black metal/drone/industrial vinyl. ... more

Bandcamp Daily  your guide to the world of Bandcamp

Kyle McNeill joins the show to talk about his new project, Phantom Spell